Is A Evolve B1 Motorized Electric Treadmill A Good Walking Treadmill? 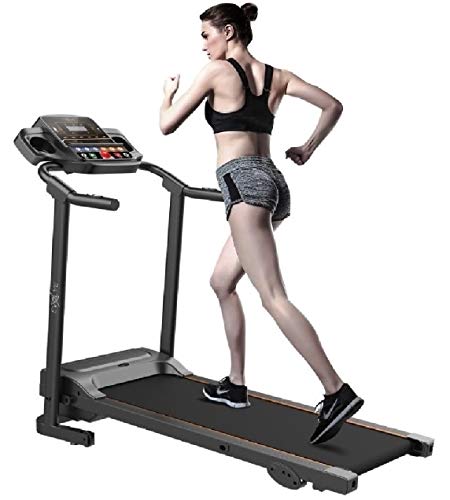 The Evolve B1 Motorized Electric Treadmill looks like a machine of two halves when you look closely at the photos and product listings.

The top half looks brilliant with the large console and lots of talk about great programming and user-friendly features.

The bottom half seems a little small and underdeveloped by comparison. So, what can you actually expect with this machine?

The Pros and Cons of this Evolve B1 Motorized Electric Treadmill.

There is a big focus on how the console and features of the Evolve B1 Motorized Electric Treadmill can motivate new users.

It is easy to get drawn towards the large console area on this machine. There is a LED screen for data that sits about a series of large colourful buttons.

Those buttons allow you to switch between settings and programmes, such as the count-down programmes.

Once you have chosen between the 12 pre-set programmes, you can set up the music system and enjoy a nice soundtrack to your session. There is a USB port as well as a Bluetooth connection for increased ease of use there. 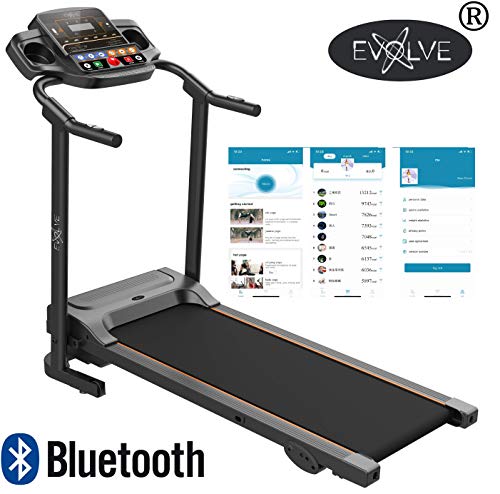 In addition to the music system, there are some other nice additional features that new users can appreciate. There are two water bottle holders, making the machine more ergonomic for left-handed or right-handed users.

There Is also an emergency stop system, tablet holder, and some quick controls for adjusting the speed.

The downside of this Evolve B1 model is that there isn’t as much focus on the intensity of the workout.

Unfortunately, it seems that the designers put more thought into the console and programming of this system than anything else.

The “running” area on this treadmill isn’t ideal for running. At 100cm long, it might not be enough for the stride length of taller users at faster paces.

The 35cm width could also cause some instability. That deck does have an incline, but it isn’t clear what the angle on the third level is. Also, the 1.5hp motor can’t generate any speed above 10kmph.

What does all this mean for a final verdict on this Evolve Motorized Walking Treadmill?

There are some issues here for anyone that really wants to put themselves and get fit with an intense interactive system. The range of programmes and fun extra features are great, but the low speed, narrow belt, and low incline could be problematic.

This isn’t a machine to run on. This is a machine that will let you walk at a brisk pace while sipping a cold drink, listening to your favourite artist, or catching up on TV.

If this sounds like just what you need right now – with no goals to progress much further – the Evolve treadmill could still be for you.

Find more reviews about the Evolve B1 Motorized Electric Treadmill on Amazon here.